Silver 2007 Volkswagen Rabbit 2.5 22/30 City/Highway MPG Clement Automotive Group. Best Cars, Best Prices! Over 1000 Cars, Trucks & Suvs to choose from and over 70 lenders to help with every Credit Situation. All prices includes $1000 discount to Finance with Dealer. We make every attempt to ensure accurate pricing, and options on every vehicle. Dealer is not responsible for computer errors, human errors, or third party errors with pricing or description of vehicle. And we recommend you contact the dealership to ensure accuracy of advertised vehicle.

Model Overview
Volkswagen's all-new 2007 Rabbit, which replaces the long-lived Golf nameplate, is available as either two- or four-door hatchback, and can be ordered with a five-speed manual transmission or a six-speed Tiptronic automatic. Regardless or the number of doors or the type of transmission, the front-wheel-drive Golf uses a 2.5L inline five-cylinder engine to produce 150 horsepower.

The suspension has been tuned for both a reasonable ride and a relatively sharp response from the 195/65x15-inch all-season radials. While these may sound contradictory, VW has always excelled at this compromise. Sixteen-inch alloy wheels and 205/55 tires are an optional upgrade for those looking for even crisper handling.

Considering the Rabbit is VW's entry-level car, it is Rabbit is full of desirable equipment, four-wheel disc brakes with ABS, dual exhaust, power heated mirrors, power locks and windows, air conditioning, a CD player, cruise control, and front, side, and side curtain air bags. The two body styles are nearly identical in terms of equipment, though the four-door has heated seats standard and a better audio system.

Options include an electronic stability program, a tire pressure monitor, and an iPod adapter. If your Rabbit has four-doors, you can choose to equip it with a power sunroof, satellite radio, and rear side air bags.

Getting financed with us is fast and fun. Whether you’ve always enjoyed a sterling credit history, are currently working on improving your credit score even more, or this is your first time buying a car, you can count on the friendly experts at Clement Automotive Group to make the whole process transparent and easy to understand. To learn more and get the ball rolling on the right loan for your unique financial situation, call 123-456-7890 or apply online now.

What is the financing process like at Clement Automotive Group?

Easy and relaxed. Our primary goal is your total satisfaction, so we provide you with as much time and expert insight as you need to properly consider all of your loan options. This commitment to friendly, honest, and fair service is truly a breath of fresh air and ensures that you drive away happy, satisfied, and behind the wheel of the vehicle you've always wanted.

What are the steps in the financing process at Clement Automotive Group?

Great question. Securing a competitive loan from Clement Automotive Group takes only three easy steps. First up is to either apply online for pre-approval via our quick and convenient online credit application or call 123-456-7890. From here, one of our financing experts will connect with you to go over the details of your loan offers and ensure that you have everything you need to make a smart and informed decision.

After reviewing your proposed loan terms and consulting with our financial advisors and your trusted personal confidants (friends, family members, etc.), there is only one step left: Finalizing the perfect loan for you via a simple and respectful process. By following these three short steps, you can make the most of the best loan experience here in St. Louis.

What is involved in securing an auto loan in St. Louis MO?

The answer to this question includes a variety of factors, such as:

People from all around St. Louis come to purchase a clean car, truck, or SUV from our used car lot each and every day. Most loans prepared by our team are entirely unique, so the factors that will shape your bank loan will depend on your specific situation, desires, and needs.

Our expert financial professionals are happy to find and present lots of great offers to ensure that you are in complete control and that you are receiving the best deal possible on the loan you need. Our customers make great and informed decisions based on all of their available options thanks to a perfectly transparent process that we take seriously.

Who can I call at Clement Automotive Group to get the financing process started?

Any of our amazing specialists will be more than happy to help you get the ball rolling on your dream car. All you have to do is dial 123-456-7890 when you have a few free moments and you'll soon see that getting approved for a car loan at Clement Automotive Group is quick, easy, and convenient. 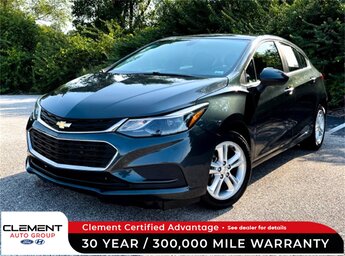 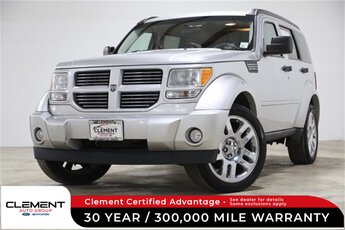 * Pricing -  All vehicle pricing shown is assumed to be correct and accurate. Incentives, credit restrictions, qualifying programs, residency, and fees may raise, lower, or otherwise augment monthly payments. Additionally, incentives offered by the manufacturer are subject to change and may fluctuate or differ based on region and other considerations. Unless otherwise noted or specified, pricing shown does not include title, registration, or tax fees and costs.

* MPG - Vehicle information, as well as features and other inclusions, may vary by model and are based exclusively on standard equipment. No claims, warranties, or guarantees have been made related to the accuracy of customer payments, model equipment, or vehicle pricing. Please call with any questions you might have and to reassert the accuracy of any information presented here.

*30 Year / 300,000 Mile Certified Warranty, Clement Certified Assurance and Clement Advantage offers -
Warranty eligibility may vary based on a variety of factors, including vehicle mileage and condition, year of vehicle, specials, fees, and qualifications. Not all vehicles apply. Consult your dealer for complete warranty eligibility details.

Use this shortened URL to share your current search results.